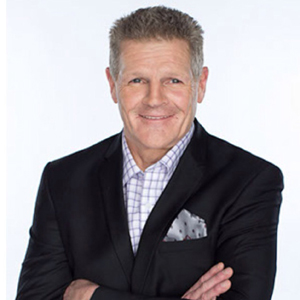 Nilan grew up in Massachusetts where he idolized Bobby Orr and dreamed of playing for the Boston Bruins. He played his youth hockey with the Parkway (West Roxbury, MA) team of the Greater Boston Youth Hockey League (GBYHL), sponsored by the Metropolitan District Commission (MDC). He later played college hockey for the Northeastern University Huskies, from 1976 to 1979, averaging 3.5 penalty minutes per game in his final collegiate season. Nilan was selected 231st overall in the 1978 NHL Entry Draft, and was best known as a tough-guy for the Montreal Canadiens in the mid 1980s. One of only nine players in National Hockey League (NHL) history to have recorded more than 3,000 career penalty minutes, he holds the records of highest penalty minute average per game at 4.42 minutes per game, as well as the record for most penalties in a single game. March 31, 1991, when the Hartford Whalers visited Boston, Nilan was assessed a record ten penalties; six minors, two majors, one misconduct and one game misconduct, for a total of 42 penalty minutes. Seriously hobbled by repeated injuries, Nilan missed over two hundred games in his final five seasons, and retired after the 1992 season. Highlights of his career include winning the Stanley Cup in 1986 with the Canadiens, being named to Team USA for the 1987 Canada Cup, and his controversial selection to the 1991 NHL All-Star Game by his then-coach Mike Milbury (Nilan missed the game with a broken left ankle), which led to changes in how players are selected for all-star games. Post career[edit] Nilan returned to the Boston area and went into the insurance business after retirement. He spent three years as community relations consultant for John Hancock Insurance[citation needed] before returning to hockey as a coach. He was initially hired as an assistant coach of the New Jersey Devils on August 3, 1995, and remained in that position until May 1996, before becoming a head coach for the Chesapeake Icebreakers of the ECHL. Today Nilan talks openly about his past problems with alcohol and prescription drugs, as well as battling a heroin addiction. Nowadays he has a girlfriend and is involved in numerous social and charitable causes. Nilan also speaks to local students in Montreal about learning from his life experiences and mistakes. Nilan lived in Oregon for two years, and most recently, moved back to Montreal where his professional hockey career was made. He began hosting his own program, Off the Cuff" on TSN Radio 690 Montreal, on March 18, 2013, after being a daily phone-in guest on Melnick in the Afternoon for a number of months. He is on the air from noon to 3:00 p.m. weekdays local time, also streaming live on the internet."

Learn more on how to hire Chris Nilan. Submit a Request Below.