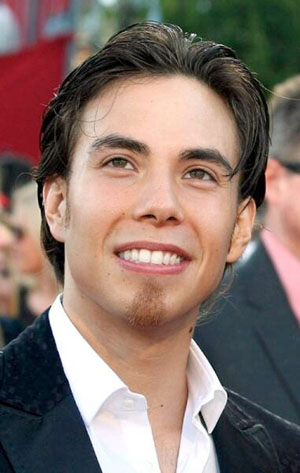 “Zero regrets. It’s a philosophy not just about sport but about life. School, business, academics, love—anything and everything.” Apolo Anton Ohno became the best short-track skater in the United States in less than two years, when he began his career in 1995. At fourteen years of age, after training under Pat Wentland in Lake Placid for just six months, Ohno claimed his first overall title at the U.S. Championships. He is now an eight-time Olympic medalist, including two gold medals. At the 2010 Vancouver Winter Olympics, Ohno became the most decorated U.S. Winter Olympian in history and the new Ambassador to the Winter Olympic Games in the U.S. and around the world. Ohno shares the inspiring personal story behind his remarkable success, as well as the hard-won truths and strategies he has discovered in good times and bad, in his deeply personal and entertaining new book, Zero Regrets: Be Greater Than Yesterday. Much more than an account of races won and lost, Zero Regrets is a compelling portrait of a father-and-son relationship, the intensity of competition, the secrets to mental toughness and powerful insights to how we can all come closer to living with zero regrets. Apolo Ohno competed in the Torino 2006 Olympics, winning one gold and two bronze medals. In Salt Lake City 2002 Olympics, he won both a gold and silver medal in short-track speed skating. Although Ohno did succeed as an Olympic medalist, his road to success wasn’t easy. Ohno’s original success at fourteen made him a likely candidate to make the 1998 U.S. Olympic team, but he struggled with his fitness throughout the 1997-1998 season and finished 16th at the Olympic Trials. Ohno, then fifteen, came to a crossroads in his short-track career when he didn’t make the 1998 U.S. Olympic team and needed to decide if he wanted to continue skating. He committed himself to making the 2002 Olympic squad, and by the 2000-01 season he was one of the world’s best skaters. The Seattle native won the World Cup title in the 500m, 1000m, and 1500m en route to winning the overall crown, which made him the first American to win a World Cup title at any distance. Making the Olympic team in 2002, Ohno went on to win Olympic Gold in the 1500m and a silver in the 1000m. Four years, three World Cup overall titles later, Torino witnessed a stronger, leaner and poised Ohno gracefully capture two bronze medals (1000m and Relay) and his second Gold in the self-proclaimed “perfect race” in the 500m. Ohno recently claimed another title as season four champion of the ABC hit, “Dancing with the Stars.” After ten weeks of competing with his partner, International Latin Youth Champion, Julianne Hough in dances such as the Cha Cha, Tango and Waltz, Ohno and Hough beat out former ‘N Sync member Joey Fatone and world female super middleweight boxing champion Laila Ali in the final Freestyle dance to bring home the gold. “There has to be a vision, a dream, a plan. Then you chase that with everything you’ve got.” At the podium, Ohno discusses his journey from a rambunctious and rule-breaking teenager to an Olympic gold medalist. His anecdotes are endearing and heart-felt, but also emphasize the importance of finding one’s path, committing to it, and reaping the benefits of hard work. Using the philosophy instilled in him by his father to always give 100% of yourself in whatever you do, Ohno imparts to audiences that there are no shortcuts to success. Ohno, whose father is Japanese, also discusses embracing his identity as an Asian-American.

Learn more on how to hire Apolo Ohno. Submit a Request Below.